In this engaging and nuanced political history of Northern communities in the Civil War era, Adam I. P. Smith offers a new interpretation of the familiar story of the path to war and ultimate victory. Smith looks beyond the political divisions between abolitionist Republicans and Copperhead Democrats to consider the everyday conservatism that characterized the majority of Northern voters. A sense of ongoing crisis in these Northern states created anxiety and instability, which manifested in a range of social and political tensions in individual communities.

In the face of such realities, Smith argues that a conservative impulse was more than just a historical or nostalgic tendency; it was fundamental to charting a path to the future. At stake for Northerners was their conception of the Union as the vanguard in a global struggle between democracy and despotism, and their ability to navigate their freedoms through the stormy waters of modernity. As a result, the language of conservatism was peculiarly, and revealingly, prominent in Northern politics during these years. The story this book tells is of conservative people coming, in the end, to accept radical change. 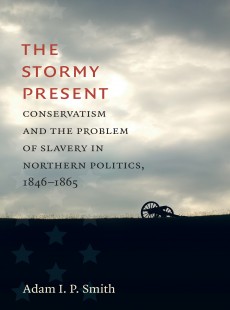 Conservatism and the Problem of Slavery in Northern Politics, 1846