The past decades have borne witness to the United Farm Workers' (UFW) tenacious hold on the country's imagination. Since 2008, the UFW has lent its rallying cry to a presidential campaign and been the subject of no less than nine books, two documentaries, and one motion picture. Yet the full story of the women, men, and children who powered this social movement has not yet been told.

Based on more than 200 hours of original oral history interviews conducted with Coachella Valley residents who participated in the UFW and Chicana/o movements, as well as previously unused oral history collections of Filipino farm workers, bracero workers, and UFW volunteers throughout the United States, this stirring history spans from the 1960s and 1970s through the union's decline in the early 1980s. Christian O. Paiz refocuses attention on the struggle inherent in organizing a particularly vulnerable labor force, especially during a period that saw the hollowing out of virtually all of the country's most powerful labor unions. He emphasizes that telling this history requires us to wrestle with the radical contingency of rank-and-file agency—an agency that often overflowed the boundaries of individual intentions. By drawing on the voices of ordinary farmworkers and volunteers, Paiz reveals that the sometimes heroic, sometimes tragic story of the UFW movement is less about individual leaders and more the result of a collision between the larger anti-union currents of the era and the aspirations of the rank-and-file. 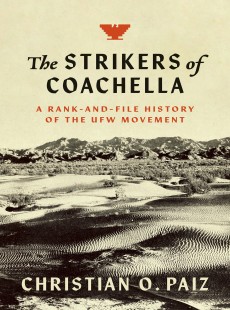 The Strikers of Coachella

A Rank-and-File History of the UFW Movement