An account of the problems facing German veterans after WWII and the ways in which they were addressed in the decade following Germany's defeat. The primary focus is on the major pieces of veterans' legislation passed in the early years of the German Federal Republic. Historical context is provided by the first two chapters and the conclusion, which compares and contrasts the fate of veterans and their sociopolitical impact on German society following the two world wars. 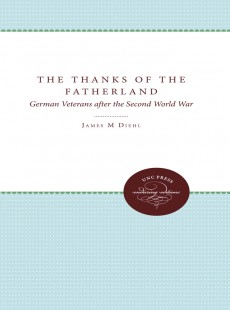 The Thanks of the Fatherland