The six essays in this volume testify to the enduring impact of the Civil War on our national consciousness. Covering subjects as diverse as tactics, the uses of autobiography, and the power of myth-making in the southern tradition, they illustrate the rewards of imaginative scholarship--even for the most intensely studied battle in America's history.

The Third Day at Gettysburg and Beyond brings current research and interpretation to bear on a range of pivotal issues surrounding the final day of the battle, July 3, 1863. This revisionist approach begins by expanding our knowledge of the engagement itself: individual essays address Confederate general James Longstreet's role in Pickett's Charge and Union general George Meade's failure to pursue Lee after the fighting. Other essays widen the scope of investigation to look at contemporary reactions to the Confederate defeat across the South, the construction of narratives by the participants themselves--from Confederate survivors of Pickett's assault to Union sergeant Ben Hirst--and the reverberations of Pickett's final momentous charge.

Combining fresh evidence with the reinterpretation of standard sources, these essays refocus our view of the third day at Gettysburg to take in its diverse stories of combat and memory. 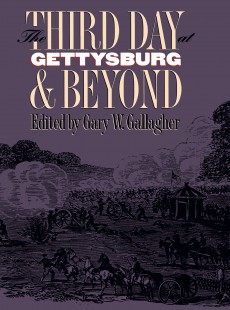 The Third Day at Gettysburg and Beyond