The Trans-Mississippi Exposition of 1898 celebrated Omaha's key economic role as a center of industry west of the Mississippi River and its arrival as a progressive metropolis after the Panic of 1893. The exposition also promoted the rise of the United States as an imperial power, at the time on the brink of the Spanish-American War, and the nation's place in bringing "civilization" to Indigenous populations both overseas and at the conclusion of the recent Plains Indian Wars. The Omaha World's Fair, however, is one of the least studied American expositions. Wendy Jean Katz brings together leading scholars to better understand the event's place in the larger history of both Victorian-era America and the American West. The interdisciplinary essays in this volume cover an array of topics, from competing commercial visions of the cities of the Great West; to the role of women in the promotion of City Beautiful ideals of public art and urban planning; and the constructions of Indigenous and national identities through exhibition, display, and popular culture. Leading scholars T. J. Boisseau, Bonnie M. Miller, Sarah J. Moore, Nancy Parezo, Akim Reinhardt, and Robert Rydell, among others, discuss this often-misunderstood world's fair and its place in the Victorian-era ascension of the United States as a world power. 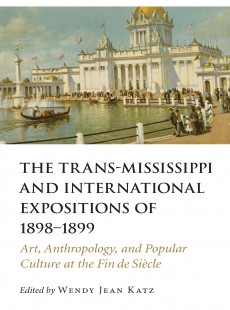 The Trans-Mississippi and International Expositions of 1898–1899

Art, Anthropology, and Popular Culture at the Fin de Siècle