The United States Tennis Association is an in-depth look at the history of the United States Tennis Association (USTA) and how this sports organization has helped cultivate and organize tennis in the United States over the past 135 years. Starting as a group of elite white men from country clubs in the Northeast, the organization has become the largest tennis association in the world, with women in top leadership positions and an annual revenue of well over $300 million. The USTA was key in establishing the Open Era in tennis in 1968, when professionals began competing with amateurs in Grand Slam events; for expanding the game in the United States during the 1970s tennis boom; and for establishing the U.S. Open as one of the most prestigious and largest-attended sports events in the world. Unique among sports-governing bodies, the USTA is a mostly volunteer-run organization that, along with a paid professional staff, manages and governs tennis at the local level across the United States and owns and operates the U.S. Open. The association participates directly in the International Tennis Federation, manages U.S. participation in international tennis competitions (Fed Cup and Davis Cup), and interacts with professional tennis within the United States. The story of how tennis is managed by the nation's largest cadre of volunteers in any sport is one of sports' best untold stories. With access to the private records of the USTA, Warren F. Kimball tells an engaging and rich history of how tennis has been managed and governed in the United States. 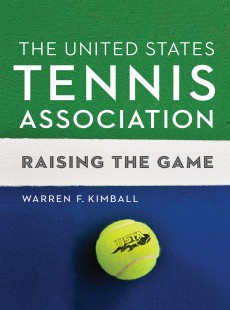