Originally published in Puerto Rico in 1956 as Los derrotados, Cesar Andreu Iglesias's novel about a fateful Nationalist assault on a U.S. military installation in Puerto Rico is now available for the first time in English.

This tautly written story uncovers the personal histories of three middle-aged revolutionaries as they plan to kill a U.S. general. Andreu's cool treatment of their political objectives does not obscure his compassionate recognition of their human limitations. Andreu makes clear his view that the Nationalist answer to Puerto Rico's problems had become an anachronism and that by the 1950s the union movement was better prepared to deal with the changes that industrial capitalism was thrusting upon the Puerto Rican people and their way of life. The afterword by Arcadio Diaz-Quinones provides a rich historical and literary context for The Vanquished. 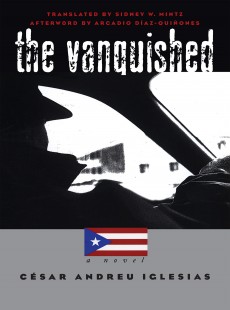