In this biography, Ula Taylor explores the life and ideas of one of the most important, if largely unsung, Pan-African freedom fighters of the twentieth century: Amy Jacques Garvey (1895-1973).

Born in Jamaica, Amy Jacques moved in 1917 to Harlem, where she became involved in the Universal Negro Improvement Association (UNIA), the largest Pan-African organization of its time. She served as the private secretary of UNIA leader Marcus Garvey; in 1922, they married. Soon after, she began to give speeches and to publish editorials urging black women to participate in the Pan-African movement and addressing issues that affected people of African descent across the globe. After her husband's death in 1940, Jacques Garvey emerged as a gifted organizer for the Pan-African cause. Although she faced considerable male chauvinism, she persisted in creating a distinctive feminist voice within the movement. In her final decades, Jacques Garvey constructed a thriving network of Pan-African contacts, including Nnamdi Azikiwe, Kwame Nkrumah, George Padmore, and W. E. B. Du Bois.

Taylor examines the many roles Jacques Garvey played throughout her life, as feminist, black nationalist, journalist, daughter, mother, and wife. Tracing her political and intellectual evolution, the book illuminates the leadership and enduring influence of this remarkable activist. 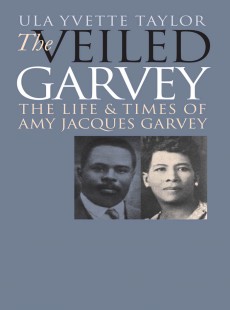 The Life and Times of Amy Jacques Garvey