A century after the Cuban war for independence was fought, Louis Perez examines the meaning of the war of 1898 as represented in one hundred years of American historical writing. Offering both a critique of the conventional historiography and an alternate history of the war informed by Cuban sources, Perez explores the assumptions that have shaped our understanding of the "Spanish-American War--a construct, he argues, that denies the Cubans' participation in their own struggle for liberation from Spanish rule.


Perez examines historical accounts of the destruction of the battleship Maine, the representation of public opinion as a precipitant of war, and the treatment of the military campaign in Cuba. Equally important, he shows how historical narratives have helped sustain notions of America's national purpose and policy, many of which were first articulated in 1898. Cuba insinuated itself into one of the most important chapters of U.S. history, and what happened on the island in the final decade of the nineteenth century--and the way in which what happened was subsequently represented--has had far-reaching implications, many of which continue to resonate today. 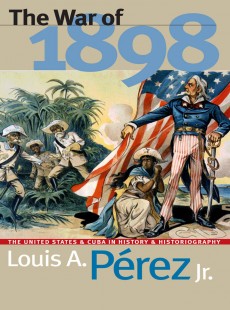 The United States and Cuba in History and Historiography