The first major study of slavery in the maritime South, The Waterman's Song chronicles the world of slave and free black fishermen, pilots, rivermen, sailors, ferrymen, and other laborers who, from the colonial era through Reconstruction, plied the vast inland waters of North Carolina from the Outer Banks to the upper reaches of tidewater rivers. Demonstrating the vitality and significance of this local African American maritime culture, David Cecelski also reveals its connections to the Afro-Caribbean, the relatively egalitarian work culture of seafaring men who visited nearby ports, and the revolutionary political tides that coursed throughout the black Atlantic.

Black maritime laborers played an essential role in local abolitionist activity, slave insurrections, and other antislavery activism. They also boatlifted thousands of slaves to freedom during the Civil War. But most important, Cecelski says, they carried an insurgent, democratic vision born in the maritime districts of the slave South into the political maelstrom of the Civil War and Reconstruction. 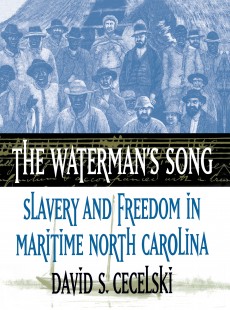