The Westons were among the most well-known abolitionists in antebellum Massachusetts, and each of the Weston sisters played an integral role in the family's work. The eldest, Maria Weston Chapman, became one of the antislavery movement's most influential members. In an extensive and original look at the connections among women, domesticity, and progressive political movements, Lee V. Chambers argues that it was the familial cooperation and support between sisters, dubbed "kin-work," that allowed women like the Westons to participate in the political process, marking a major change in women's roles from the domestic to the public sphere. The Weston sisters and abolitionist families like them supported each other in meeting the challenges of sickness, pregnancy, child care, and the myriad household responsibilities that made it difficult for women to engage in and sustain political activities.

By repositioning the household and family to a more significant place in the history of American politics, Chambers examines connections between the female critique of slavery and patriarchy, ultimately arguing that it was family ties that drew women into the activism of public life and kept them there. 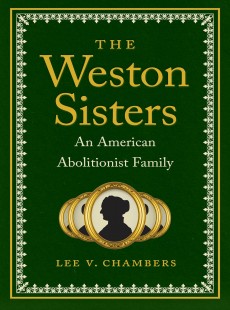