This book brings to life the important but neglected story of African American postal workers and the critical role they played in the U.S. labor and black freedom movements. Historian Philip Rubio, a former postal worker, integrates civil rights, labor, and left movement histories that too often are written as if they happened separately. Centered on New York City and Washington, D.C., the book chronicles a struggle of national significance through its examination of the post office, a workplace with facilities and unions serving every city and town in the United States.

Black postal workers--often college-educated military veterans--fought their way into postal positions and unions and became a critical force for social change. They combined black labor protest and civic traditions to construct a civil rights unionism at the post office. They were a major factor in the 1970 nationwide postal wildcat strike, which resulted in full collective bargaining rights for the major postal unions under the newly established U.S. Postal Service in 1971. In making the fight for equality primary, African American postal workers were influential in shaping today's post office and postal unions. 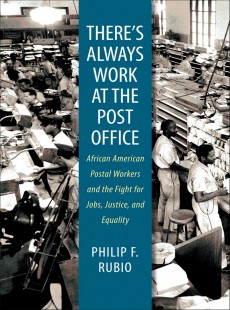 African American Postal Workers and the Fight for Jobs, Justice, and Equality