This Violent Empire traces the origins of American violence, racism, and paranoia to the founding moments of the new nation and the initial instability of Americans' national sense of self.

Fusing cultural and political analyses to create a new form of political history, Carroll Smith-Rosenberg explores the ways the founding generation, lacking a common history, governmental infrastructures, and shared culture, solidified their national sense of self by imagining a series of "Others" (African Americans, Native Americans, women, the propertyless) whose differences from European American male founders overshadowed the differences that divided those founders. These "Others," dangerous and polluting, had to be excluded from the European American body politic. Feared, but also desired, they refused to be marginalized, incurring increasingly enraged enactments of their political and social exclusion that shaped our long history of racism, xenophobia, and sexism. Close readings of political rhetoric during the Constitutional debates reveal the genesis of this long history. 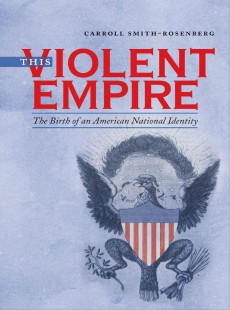 The Birth of an American National Identity