With Paul A. Johnsgard, we follow the migration of the sandhill cranes from the American Southwest to their Alaskan breeding grounds and back again, an annual pattern that has persisted over millions of years. By selecting four historic time frames of the migration between 1860 and 1980, Johnsgard illustrates how humans have influenced the flocks and how different American cultures have variously responded to the birds and perceived their value. Each section focuses on the interactions between children of four different American cultures and sandhill cranes, triggered by events occurring during the annual life cycle of the cranes. The story is enriched by the author's exquisite illustrations, by Zuni prayers, and by Inuit and Pueblo legends. With a new preface and afterword and a new gallery of photographs by the author, Those of the Gray Wind is a classic story of a timeless ritual that can be enjoyed for generations to come. 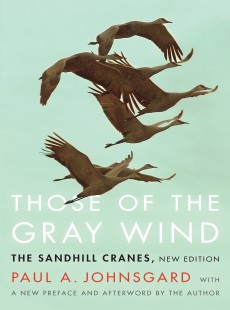