Walt Whitman "is America," according to Ezra Pound. More than a century after his death, Whitman's name regularly appears in political speeches, architectural inscriptions, television programs, and films, and it adorns schools, summer camps, truck stops, corporate centers, and shopping malls. In an analysis of Whitman as a quintessential American icon, Kenneth Price shows how his ubiquity and his extraordinarily malleable identity have contributed to the ongoing process of shaping the character of the United States.

Price examines Whitman's own writings as well as those of writers who were influenced by him, paying particular attention to Whitman's legacies for an ethnically and sexually diverse America. He focuses on fictional works by Edith Wharton, D. H. Lawrence, John Dos Passos, Ishmael Reed, and Gloria Naylor, among others. In Price's study, Leaves of Grass emerges as a living document accruing meanings that evolve with time and with new readers, with Whitman and his words regularly pulled into debates over immigration, politics, sexuality, and national identity. As Price demonstrates, Whitman is a recurring starting point, a provocation, and an irresistible, rewritable text for those who reinvent the icon in their efforts to remake America itself. 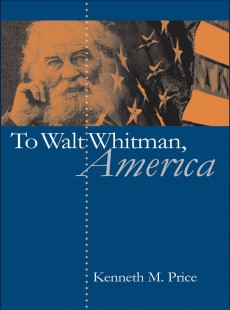