When Hubert Davis was named head men's basketball coach at the University of North Carolina in April 2021, history had already been made, as Davis became the program's first Black head coach. But after two difficult seasons, it was hard to imagine how quickly a new staff, a new playing style, and a new roster blending established players with prominent transfers and talented freshmen would be able to change the story—except within the fabled Smith Center locker room and practice gyms, where photos of the New Orleans Superdome helped players and staff focus on the possible.

In words and photos full of behind-the-scenes moments, this book reveals how belief in the program's rich traditions and in one another enabled the 2021-2022 Tar Heels to achieve what at times seemed impossible, writing a thrilling new chapter in the story of Carolina basketball. From Davis's remarkable work to build a new staff and roster to the ups and downs of the conference season to the amazing run through March to the pinnacle of the college game, the story takes fans through one of the most dramatic years in program history. 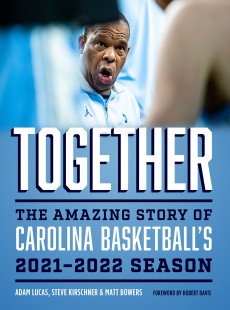