In 1880, ancient-growth forest still covered two-thirds of West Virginia, but by the 1920s lumbermen had denuded the entire region. Ronald Lewis explores the transformation in these mountain counties precipitated by deforestation. As the only state that lies entirely within the Appalachian region, West
Virginia provides an ideal site for studying the broader social impact of deforestation in Appalachia, the South, and the eastern United States.

Most of West Virginia was still dominated by a backcountry economy when the industrial transition began. In short order, however, railroads linked remote mountain settlements directly to
national markets, hauling away forest products and returning with manufactured goods and modern ideas. Workers from the countryside and abroad swelled new mill towns, and merchants ventured into
the mountains to fulfill the needs of the growing population. To protect their massive investments, capitalists increasingly extended control over the state's legal and political systems.

Eventually, though, even ardent supporters of industrialization had reason to contemplate the consequences of unregulated exploitation. Once the timber was gone, the mills closed and the railroads pulled up their tracks, leaving behind an environmental disaster and a new class of marginalized rural poor to confront the worst depression in American history. 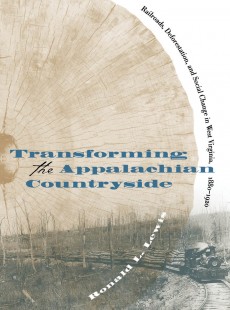