Native Americans have been a constant fixture on television, from the dawn of broadcasting, when the iconic Indian head test pattern was frequently used during station sign-ons and sign-offs, to the present. In this first comprehensive history of indigenous people in television sitcoms, Dustin Tahmahkera examines the way Native people have been represented in the genre. Analyzing dozens of television comedies from the United States and Canada, Tahmahkera questions assumptions that Native representations on TV are inherently stereotypical and escapist. From The Andy Griffith Show and F-Troop to The Brady Bunch, King of the Hill, and the Native-produced sitcom, Mixed Blessings, Tahmahkera argues that sitcoms not only represent Native people as objects of humor but also provide a forum for social and political commentary on indigenous-settler relations and competing visions of America.

Considering indigenous people as actors, producers, and viewers of sitcoms as well as subjects of comedic portrayals, Tribal Television underscores the complexity of Indian representations, showing that sitcoms are critical contributors to the formation of contemporary indigenous identities and relationships between Native and non-Native people. 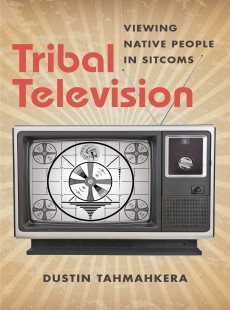