Why do we argue—and argue—so much about Robert E. Lee?

"While northerners might appear comparatively apathetic about the memory of the Union cause, white southerners have been tenacious in searching for moral clarity in the past." 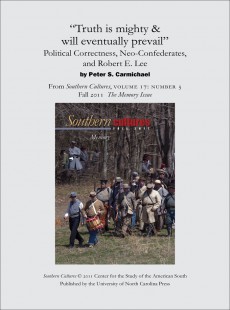 An article from Southern Cultures 17:3, The Memory Issue