Between 1932 and 1972, approximately six hundred African American men in Alabama served as unwitting guinea pigs in what is now considered one of the worst examples of arrogance, racism, and duplicity in American medical research--the Tuskegee syphilis study. Told they were being treated for "bad blood," the nearly four hundred men with late-stage syphilis and two hundred disease-free men who served as controls were kept away from appropriate treatment and plied instead with placebos, nursing visits, and the promise of decent burials. Despite the publication of more than a dozen reports in respected medical and public health journals, the study continued for forty years, until extensive media coverage finally brought the experiment to wider public knowledge and forced its end.

This edited volume gathers articles, contemporary newspaper accounts, selections from reports and letters, reconsiderations of the study by many of its principal actors, and works of fiction, drama, and poetry to tell the Tuskegee story as never before. Together, these pieces illuminate the ethical issues at play from a remarkable breadth of perspectives and offer an unparalleled look at how the study has been understood over time. 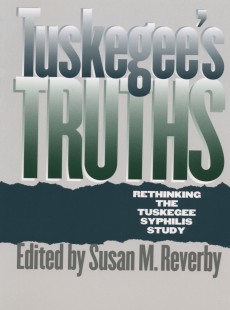