This 1876 version of Josiah Henson's autobiography, the first of many editions issued by British editor John Lobb, followed the original 1849 edition and a much-expanded 1858 version. The autobiography traces Henson's life from his birth into slavery in Maryland in 1789; his escape to Canada in 1830; his participation in the founding of the Dawn Settlement for fugitive slaves in Ontario; and his several trips to England to raise funds for the settlement. Henson, who in his later years toured as the model for the Uncle Tom of Harriet Beecher Stowe's novel, describes his meeting with Stowe in 1852 and draws parallels between the histories of other Uncle Tom's Cabin characters and his own acquaintances. While Stowe herself stressed that there was no single model for her title character, she called Henson a "parallel instance" for Uncle Tom in A Key to Uncle Tom's Cabin. Reprinted multiple times in the United States and Britain in the nineteenth century and translated into several other languages, Henson's autobiography continues to reward readers with its descriptions not only of slave life in Maryland and Kentucky, but also of the business and educational ventures of escaped slaves in Ontario. 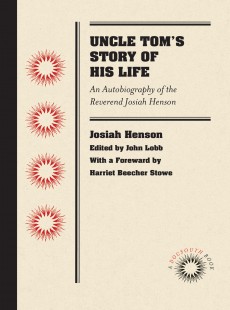 Uncle Tom's Story of His Life

An Autobiography of the Reverend Josiah Henson