In Veil and Vow, Aneeka Ayanna Henderson places familiar, often politicized questions about the crisis of African American marriage in conversation with a rich cultural archive that includes fiction by Terry McMillan and Sister Souljah, music by Anita Baker, and films such as The Best Man. Seeking to move beyond simple assessments of marriage as "good" or "bad" for African Americans, Henderson critically examines popular and influential late twentieth- and early twenty-first-century texts alongside legislation such as the 1996 Defense of Marriage Act and the Welfare Reform Act, which masked true sources of inequality with crisis-laden myths about African American family formation. Using an interdisciplinary approach to highlight the influence of law, politics, and culture on marriage representations and practices, Henderson reveals how their kinship veils and unveils the fiction in political policy as well as the complicated political stakes of fictional and cultural texts. Providing a new opportunity to grapple with old questions, including who can be a citizen, a "wife," and "marriageable," Veil and Vow makes clear just how deeply marriage still matters in African American culture. 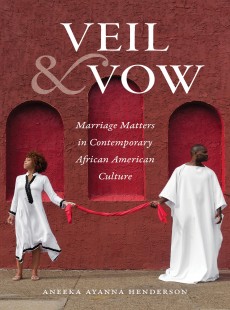