From 1895 to 1898, Cuban insurgents fought to free their homeland from Spanish rule. Though often overshadowed by the "Splendid Little War" of the Americans in 1898, according to John Tone, the longer Spanish-Cuban conflict was in fact more remarkable, foreshadowing the wars of decolonization in the twentieth century.

Employing newly released evidence--including hospital records, intercepted Cuban letters, battle diaries from both sides, and Spanish administrative records--Tone offers new answers to old questions concerning the war. He examines the origin of Spain's genocidal policy of "reconcentration"; the causes of Spain's military difficulties; the condition, effectiveness, and popularity of the Cuban insurgency; the necessity of American intervention; and Spain's supposed foreknowledge of defeat.

The Spanish-Cuban-American war proved pivotal in the histories of all three countries involved. Tone's fresh analysis will provoke new discussions and debates among historians and human rights scholars as they reexamine the war in which the concentration camp was invented, Cuba was born, Spain lost its empire, and America gained an overseas empire. 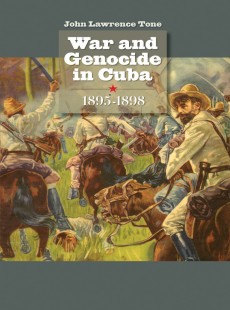