By examining historical records and drawing on oral histories and the work of anthropologists, archaeologists, ecologists, and psychologists, We Are Not Animals sets out to answer questions regarding who the Indigenous people in the Santa Cruz region were and how they survived through the nineteenth century. Between 1770 and 1900 the linguistically and culturally diverse Ohlone and Yokuts tribes adapted to and expressed themselves politically and culturally through three distinct colonial encounters with Spain, Mexico, and the United States. In We Are Not Animals Martin Rizzo-Martinez traces tribal, familial, and kinship networks through the missions' chancery registry records to reveal stories of individuals and families and shows how ethnic and tribal differences and politics shaped strategies of survival within the diverse population that came to live at Mission Santa Cruz.We Are Not Animals illuminates the stories of Indigenous individuals and families to reveal how Indigenous politics informed each of their choices within a context of immense loss and violent disruption. 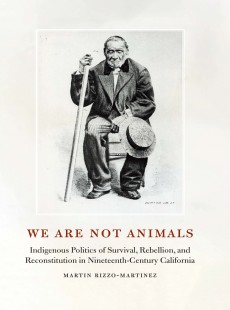 We Are Not Animals

Indigenous Politics of Survival, Rebellion, and Reconstitution in Nineteenth-Century California