In Thomas Jefferson's day, 90 percent of the population worked on family farms. Today, in a world dominated by agribusiness, less than 1 percent of Americans claim farm-related occupations. What was lost along the way is something that Evelyn I. Funda experienced firsthand when, in 2001, her parents sold the last parcel of the farm they had worked since they married in 1957. Against that landscape of loss, Funda explores her family's three-generation farming experience in southern Idaho, where her Czech immigrant family spent their lives turning a patch of sagebrush into crop land.The story of Funda's family unfolds within the larger context of our country's rich immigrant history, western culture, and farming as a science and an art. Situated at the crossroads of American farming, Weeds: A Farm Daughter's Lament offers a clear view of the nature, the cost, and the transformation of the American West. Part cultural history, part memoir, and part elegy, the book reminds us that in losing our attachment to the land we also lose some of our humanity and something at the very heart of our identity as a nation. 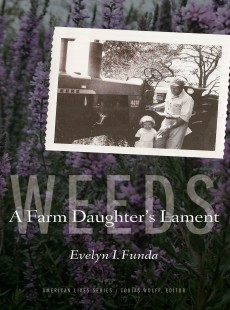