In a compelling approach structured as theme and variations, Barbara Sicherman offers insightful profiles of a number of accomplished women born in America's Gilded Age who lost--and found--themselves in books, and worked out a new life purpose around them.

Some women, like Edith and Alice Hamilton, M. Carey Thomas, and Jane Addams, grew up in households filled with books, while less privileged women found alternative routes to expressive literacy. Jewish immigrants Hilda Satt Polacheck, Rose Cohen, and Mary Antin acquired new identities in the English-language books they found in settlement houses and libraries, while African Americans like Ida B. Wells relied mainly on institutions of their own creation, even as they sought to develop a literature of their own.

It is Sicherman's masterful contribution to show that however the skill of reading was acquired, under the right circumstances, adolescent reading was truly transformative in constructing female identity, stirring imaginations, and fostering ambition. With Little Women's Jo March often serving as a youthful model of independence, girls and young women created communities of learning, imagination, and emotional connection around literary activities in ways that helped them imagine, and later attain, public identities. Reading themselves into quest plots and into male as well as female roles, these young women went on to create an unparalleled record of achievement as intellectuals, educators, and social reformers. Sicherman's graceful study reveals the centrality of the era's culture of reading and sheds new light on these women's Progressive-Era careers. 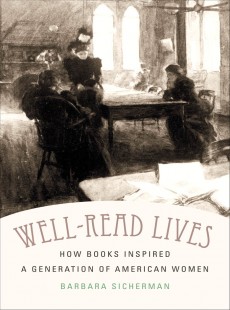 How Books Inspired a Generation of American Women