Winner of the Raz/Shumaker Prairie Schooner Book Prize in Fiction, the stories in What Isn't Remembered explore the burden, the power, and the nature of love between people who often feel misplaced and estranged from their deepest selves and the world, where they cannot find a home. The characters yearn not only to redefine themselves and rebuild their relationships but also to recover lost loves—a parent, a child, a friend, a spouse, a partner. A young man longs for his mother's love while grieving the loss of his older brother. A mother's affair sabotages her relationship with her daughter, causing a lifelong feud between the two. A divorced man struggles to come to terms with his failed marriage and his family's genocidal past while trying to persuade his father to start cancer treatments. A high school girl feels responsible for the death of her best friend, and the guilt continues to haunt her decades later. Evocative and lyrical, the tales in What Isn't Remembered uncover complex events and emotions, as well as the unpredictable ways in which people adapt to what happens in their lives, finding solace from the most surprising and unexpected sources. 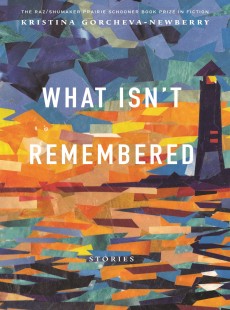