The two Muslim poets featured in Scott Kugle's comparative study lived separate lives during the eighteenth and early-nineteenth centuries in the Deccan region of southern India. Here, they meet in the realm of literary imagination, illuminating the complexity of gender, sexuality, and religious practice in South Asian Islamic culture. Shah Siraj Awrangabadi (1715-1763), known as "Sun," was a Sunni who, after a youthful homosexual love affair, gave up sexual relationships to follow a path of personal holiness. Mah Laqa Bai Chanda (1768-1820), known as "Moon," was a Shi'i and courtesan dancer who transferred her seduction of men to the pursuit of mystical love. Both were poets in the Urdu language of the ghazal, or love lyric, often fusing a spiritual quest with erotic imagery.

Kugle argues that Sun and Moon expressed through their poetry exceptions to the general rules of heteronormativity and gender inequality common in their patriarchal societies. Their art provides a lens for a more subtle understanding of both the reach and the limitations of gender roles in Islamic and South Asian culture and underscores how the arts of poetry, music, and dance are integral to Islamic religious life. Integrated throughout are Kugle's translations of Urdu and Persian poetry previously unavailable in English. 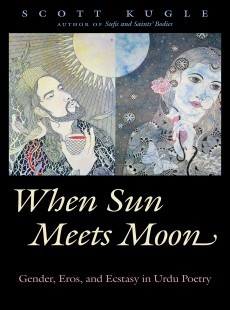