Southerners whose communities were invaded by the Union army during the Civil War endured a profoundly painful ordeal. For most, the coming of the Yankees was a nightmare become real; for some, it was the answer to a prayer. But as Stephen Ash argues, for all, invasion and occupation were essential parts of the experience of defeat that helped shape the southern postwar mentality.
When the Yankees Came is the first comprehensive study of the occupied South, bringing to light a wealth of new information about the southern home front. Among the intriguing topics Ash explores are guerrilla warfare and other forms of civilian resistance; the evolution of Union occupation policy from leniency to repression; the impact of occupation on families, churches, and local government; and conflicts between southern aristocrats and poor whites. In analyzing these topics, Ash examines events from the perspective not only of southerners but also of the northern invaders, and he shows how the experiences of southerners differed according to their distance from a garrisoned town. 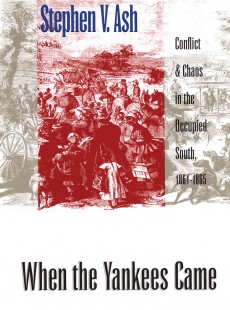 When the Yankees Came