After the Civil War, many Americans did not identify strongly with the concept of a united nation. Francesca Morgan finds the first stirrings of a sense of national patriotism--of "these United States--in the work of black and white clubwomen in the late nineteenth and early twentieth centuries.

Morgan demonstrates that hundreds of thousands of women in groups such as the Woman's Relief Corps, the National Association of Colored Women, the Universal Negro Improvement Association, the United Daughters of the Confederacy, and the Daughters of the American Revolution sought to produce patriotism on a massive scale in the absence of any national emergency. They created holidays like Confederate Memorial Day, placed American flags in classrooms, funded monuments and historic markers, and preserved old buildings and battlegrounds. Morgan argues that while clubwomen asserted women's importance in cultivating national identity and participating in public life, white groups and black groups did not have the same nation in mind and circumscribed their efforts within the racial boundaries of their time. Presenting a truly national history of these generally understudied groups, Morgan proves that before the government began to show signs of leadership in patriotic projects in the 1930s, women's organizations were the first articulators of American nationalism. 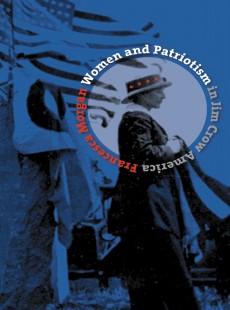