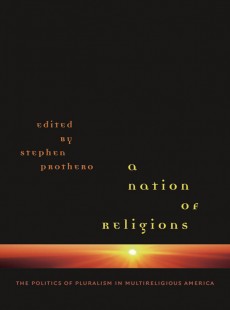 A Nation of Religions

The Politics of Pluralism in Multireligious America

The United States has long been described as a nation of immigrants, but it is also a nation of religions in which Muslims and Methodists, Buddhists and Baptists live and work side by side. This book explores that nation of religions, focusing on how four recently arrived religious communities--Muslims, Buddhists, Hindus, and Sikhs--are shaping and, in turn, shaped by American values.

For a generation, scholars have been documenting how the landmark legislation that loosened immigration restrictions in 1965 catalyzed the development of the United States as "a nation of Buddhists, Confucianists, and Taoists, as well as Christians," as Supreme Court Justice Tom Clark put it. The contributors to this volume take U.S. religious diversity not as a proposition to be proved but as the truism it has become. Essays address not whether the United States is a Christian or a multireligious nation--clearly, it is both--but how religious diversity is changing the public values, rites, and institutions of the nation and how those values, rites, and institutions are affecting religions centuries old yet relatively new in America. This conversation makes an important contribution to the intensifying public debate about the appropriate role of religion in American politics and society.