In 1908, after decades of struggling with a public administration undermined by systemic patronage, the Canadian parliament decided that public servants would be selected on the basis of merit, through a system administered by an independent agency: the Public Service Commission of Canada. This history, celebrating the 100th anniversary of the Commission, recounts its unique contribution to the development of an independent public service, which has become a pillar of Canadian parliamentary democracy. 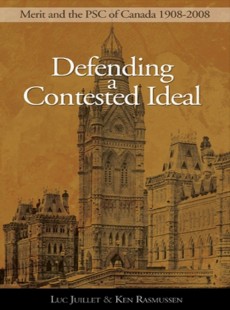