In the early hours of April 22, 1914, American President Woodrow Wilson sent Marines to seize the port of Veracruz in an attempt to alter the course of the Mexican Revolution. As a result, the United States seemed on the brink of war with Mexico. An international uproar ensued. The governments of Argentina, Brazil, and Chile offered to mediate a peaceful resolution to the crisis. Surprisingly, both the United States and Mexico accepted their offer and all parties agreed to meet at an international peace conference in Niagara Falls, Ontario.

For Canadians, the conference provided an unexpected spectacle on their doorstep, combining high diplomacy and low intrigue around the gardens and cataracts of Canada's most famous natural attraction. For the diplomats involved, it proved to be an ephemeral high point in the nascent pan-American movement. After it ended, the conference dropped out of historical memory.

This is the first full account of the Niagara Falls Peace Conference to be published in North America since 1914. The author carefully reconstructs what happened at Niagara Falls, examining its historical significance for Canada's relationship with the Americas. From this almost forgotten event he draws important lessons on the conduct of international mediation and the perils of middle-power diplomacy. 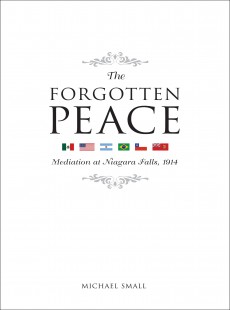