This sweeping, richly evocative study examines the origins and legacies of a flourishing captive exchange economy within and among native American and Euramerican communities throughout the Southwest Borderlands from the Spanish colonial era to the end of the nineteenth century.

Indigenous and colonial traditions of capture, servitude, and kinship met and meshed in the borderlands, forming a "slave system" in which victims symbolized social wealth, performed services for their masters, and produced material goods under the threat of violence. Slave and livestock raiding and trading among Apaches, Comanches, Kiowas, Navajos, Utes, and Spaniards provided labor resources, redistributed wealth, and fostered kin connections that integrated disparate and antagonistic groups even as these practices renewed cycles of violence and warfare.

Always attentive to the corrosive effects of the "slave trade" on Indian and colonial societies, the book also explores slavery's centrality in intercultural trade, alliances, and "communities of interest" among groups often antagonistic to Spanish, Mexican, and American modernizing strategies. The extension of the moral and military campaigns of the American Civil War to the Southwest in a regional "war against slavery" brought differing forms of social stability but cost local communities much of their economic vitality and cultural flexibility. 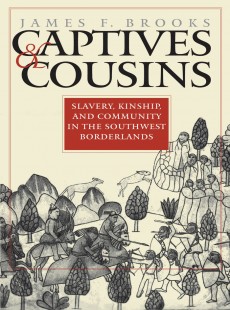 Slavery, Kinship, and Community in the Southwest Borderlands