This social and cultural history of Argentina's "long sixties" argues that the nation's younger generation was at the epicenter of a public struggle over democracy, authoritarianism, and revolution from the mid-twentieth century through the ruthless military dictatorship that seized power in 1976. Valeria Manzano demonstrates how, during this period, large numbers of youths built on their history of earlier activism and pushed forward closely linked agendas of sociocultural modernization and political radicalization.

Focusing also on the views of adults who assessed, and sometimes profited from, youth culture, Manzano analyzes countercultural formations--including rock music, sexuality, student life, and communal living experiences--and situates them in an international context. She details how, while Argentines of all ages yearned for newness and change, it was young people who championed the transformation of deep-seated traditions of social, cultural, and political life. The significance of youth was not lost on the leaders of the rising junta: people aged sixteen to thirty accounted for 70 percent of the estimated 20,000 Argentines who were "disappeared" during the regime. 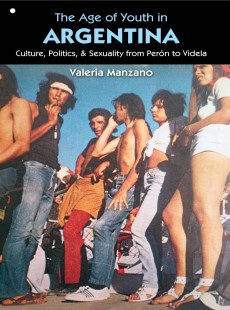 The Age of Youth in Argentina

Culture, Politics, and Sexuality from Per