Brady examines the role that politics has played in the success or failure of negotiations between the United States and other countries during the 1970s and 1980s. Drawing on her experience as a negotiator with the U.S. State and Defense Departments, she argues that security talks cannot be conducted in isolation from political influences. 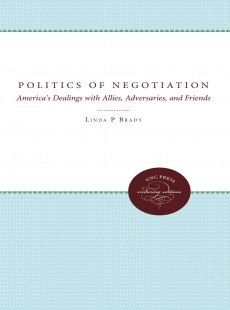 The Politics of Negotiation